Prelude is now a part of Calendly! Read more

Prelude is now a part of Calendly! Read more

Glassdoor is the worldwide leader in insights about jobs and companies on a mission to help people everywhere find a job and company they love. The organization connects talent to employers, showcases employer brands, and allows talent to anonymously submit and read reviews and salaries.

Since its 2008 founding, Glassdoor has created a precedent that allows candidates to be in control of their job search by consuming and contributing to these transparent company and interview reviews. As the organization evolved, it added job listings, new job search experiences, and advanced employer branding initiatives to its offerings in addition to so much more.

62 million unique visitors engage on Glassdoor’s site every month as they view 2.2 million different employers' profiles. In fact, a Glassdoor survey found that 84% of candidates are likely to research company reviews and ratings before applying for a job.

When it comes to Glassdoor’s internal culture, the transparency that the company was built upon remains central. They publish DEI goals and current data as well as salary transparency upfront, including pay ranges for all roles and executives.

This aspirational hiring model puts the Glassdoor recruiting team at the forefront of innovation in the talent acquisition space and also commits them to extend transparency throughout the entire candidate lifecycle.

The Challenge? Re-Building an Organization

Danny Cao came back to Glassdoor as a Senior Recruiting Coordinator in February 2021 following a Covid-19 spurred pandemic cycle of layoffs. Glassdoor, like so many in the tech ecosystem and broader economy, had to make some incredibly difficult workforce reductions.

He felt fortunate to be returning to Glassdoor but it wasn’t to an organization that looked exactly the same as before. When he rejoined the company he was the only person on the recruiting operations team. While there were recruiters who sourced and screened candidates and a talent acquisition director who managed broader aspects and TA personnel, Danny was for the most part the only one coordinating and scheduling interviews.

As Glassdoor steadied itself in the post-pandemic economy and prepared to increase hiring there needed to be a renewed focus on scaling a team that would excel at building the most transparent hiring experience for candidates.

Re-building the processes of the recruiting operations team from scratch meant that Danny was managing the company ATS while scheduling sometimes 60-70 interviews per week by himself. He describes checking Google Calendars and piecing schedules together by hand, and then sending out interview invitations manually.

In his career thus far as a recruiting coordinator, he had encountered almost every scheduling scenario. He was used to people not showing up for interviews, rescheduling at the last minute, or having complex interview schedules that took days to complete.

Still, he describes feeling ‘defeated’ whenever a re-schedule or no-show undid his manual scheduling work. This was the turning point that led him to start thinking about how he could automate these tasks. He was spending 95% of his work days just manually scheduling and drafting candidate communications.

Despite trying to improve processes to find little time hacks and improve productivity Danny was still on a 1-person team. He knew there were many things he could be investing his time into that might better enhance the candidate experience. He began looking for solutions that could help maximize his time by automating manual tasks.

When Danny brought the idea of implementing a tool that would help automate their interview scheduling and candidate communications to his manager they both became excited about the potential.

After a quick search of relevant tools and a few demos, Danny and the team chose Prelude as a partner to integrate with their ATS, Greenhouse, based on how easy and seamless the interface was for them and their future teammates as the recruiting function regrew at Glassdoor.

A veteran of the recruiting operations space, Danny was confident that alongside their ATS, a tool like Prelude could help with interview scheduling. What he didn’t expect was how the evolution of the Glassdoor and Prelude relationship could lead to marked innovation that would shape their candidate experience.

He describes the process of setting himself and the team up for success as one that was done in tandem with the Prelude customer success team. He invested the time and energy into this setup because he was confident that having an infrastructure built with care would create less work in the long run as they started to automate scheduling tasks.

Once the Prelude implementation was complete Danny was trained on how to properly use the platform as a recruiting coordinator. He describes that process as taking about a week and that during it he had round-the-clock from his CSM and the live chat installed in the Prelude app.

For recruiters, however, who were now going to be using Prelude to send out initial screening invites, there was some pushback on embracing a brand new process and tool. Some team members had been at Glassdoor for years and were comfortable with their current processes, despite understanding the pain that Danny, as the single-handed recruiting coordinator, felt.

Working with his talent acquisition leader Danny was able to give them an overview of his past and current process so they could truly understand the pain he was facing. Change management occurred through training, guides, and resources that were made available.

For the recruiters who had also been scheduling those recruiting screens and hiring screens manually, it became quickly clear that Prelude could alleviate the time they spent on their own process.

Celena Zeng joined the Glassdoor team post the Prelude adoption. Coming from a role where she had been scheduling everything manually, she felt fortunate to have a tool to help optimize her time already implemented.

Celena quickly ramped up to using Prelude despite never using the platform before and also described the period as taking no more than a week. In contrast to her experience scheduling manually she found the platform to be extremely user-friendly.

“I really like how Prelude makes me feel while I’m using it. It feels empowering that I’m able to schedule interviews efficiently and effectively.”

Danny shares a similar sentiment describing the platform as a simple user experience vs. other tools he looked at that felt convoluted, full of unnecessary features, and confusing to operate. This simplicity allowed him and the entire growing recruiting operations team to fully adopt Prelude and use it for every facet of their scheduling in an extremely short amount of time.

Danny knew that choosing Prelude meant he was partnering with a growing company that was still evolving its product roadmap but didn’t expect that he and the Glassdoor team would be entering into a feedback loop that would help innovate and advance both the platform and their own candidate experience.

During feedback sessions with Prelude, Glassdoor and several other top-tier companies involved in the Engage ‘beta’ program had discussed challenges that they faced with candidate experience. These included going back and forth with candidates about the information they’d need for their interviews, providing additional culture information, and answering last-minute logistics questions.

Out of their smart and directed feedback Prelude began to develop Engage candidate journeys,  customized candidate portals that alleviated back and forth comms with candidates and also provided an easy-to-use end-to-end solution for everything they’d need during their interview process.

As one of the earliest Engage partners, Glassdoor has had months to experience and innovate this new addition to the Prelude platform. Danny Cao described the effect Engage has had on their candidate experience efforts.

"Engage has completely transformed the way we prepare our candidates to interview at Glassdoor. Having a branded, centralized hub for our candidates to easily find all the resources they need to put their best foot forward has resulted in higher interview satisfaction, an improved workflow for our talent teams, and most importantly, a memorable candidate experience that sets us apart from our industry peers."

The Results? Feeling Heard, Scheduling Faster, and Standing Out With Candidates

In the last year that they’ve implemented Prelude, Glassdoor has seen the number of team members from both recruiting operations and the recruiting/sourcing functions scale considerably. As part of their onboarding process, they now adopt Prelude to streamline the scheduling of both recruiting screens and simple and complex interviews.

Glassdoor can also point to impressive results from last year. Using Prelude, they’ve scheduled over 4100 complex interviews. In terms of time savings, they’ve cut down the time those complex interviews took to schedule from 4-5 hours to an average of 11.5 minutes.

Time savings have been substantial, with the entire talent acquisition team saving over 1000 hours since becoming Prelude partners. That time saved has been invested in the continuous improvement of Glassdoor hiring processes, tools, and documentation.

As an early Engage adopter, Glassdoor has been at the forefront of usage with this newest addition to our product. They’ve created over 630 Engage candidate journey pages so far and are hearing positive feedback from candidates. Celena Zeng shared this sentiment from a recent candidate.

“I recently got off the phone with a candidate and he had glowing things to say about Prelude Engage. He said that he “never had a company invest in his preparation for interviews like this” and said that it is one of the reasons why Glassdoor is his top choice.”

As expected, candidates are using Engage candidate journey pages as a one-stop solution for organizing their interview logistics. The Glassdoor team has saved time on communications confirming those logistics, and candidates have saved time by having a dedicated hub for this information rather than checking and rechecking their inboxes for details.

Overall, both Danny and Celena note that implementing Prelude has had a powerful effect not only on their team’s performance at Glassdoor but also on their personal growth trajectory.

Celena, who is newer to the job market, shared how having more time back in her day has allowed her to explore different facets of her role that might be of interest to her. These options and the chance to work on different projects spark inspiration that is shaping her career path.

Danny, who since bringing on Prelude has gone from being a senior recruiting coordinator to a recruiting operations program manager, credits Prelude in part with his promotion because he was able to spend more time on other initiatives and projects once he cut out manual scheduling.

With a strong partnership in place Celena, Danny, and the entire Glassdoor team have benefited from the strong customer support and guidance they’ve received from their dedicated Prelude CSM Nicole Lederman. Celena describes feeling ‘heard’ and ‘well taken care of’.

As for Danny, who instigated implementation of  Prelude, the future potential for both platforms both independently and together feels exceptionally strong. The feedback loop is open, proactive, and receptive on both sides which contributes to tremendous optimism about the future of the partnership.

‍To learn more about how Prelude’s candidate experience platform can help you automate key parts of your hiring process, please get in touch.

The Glassdoor logo is a registered trademark of Glassdoor. Use of the logo is for informational purposes only and does not constitute an endorsement, affiliation, or a recommendation from Glassdoor. 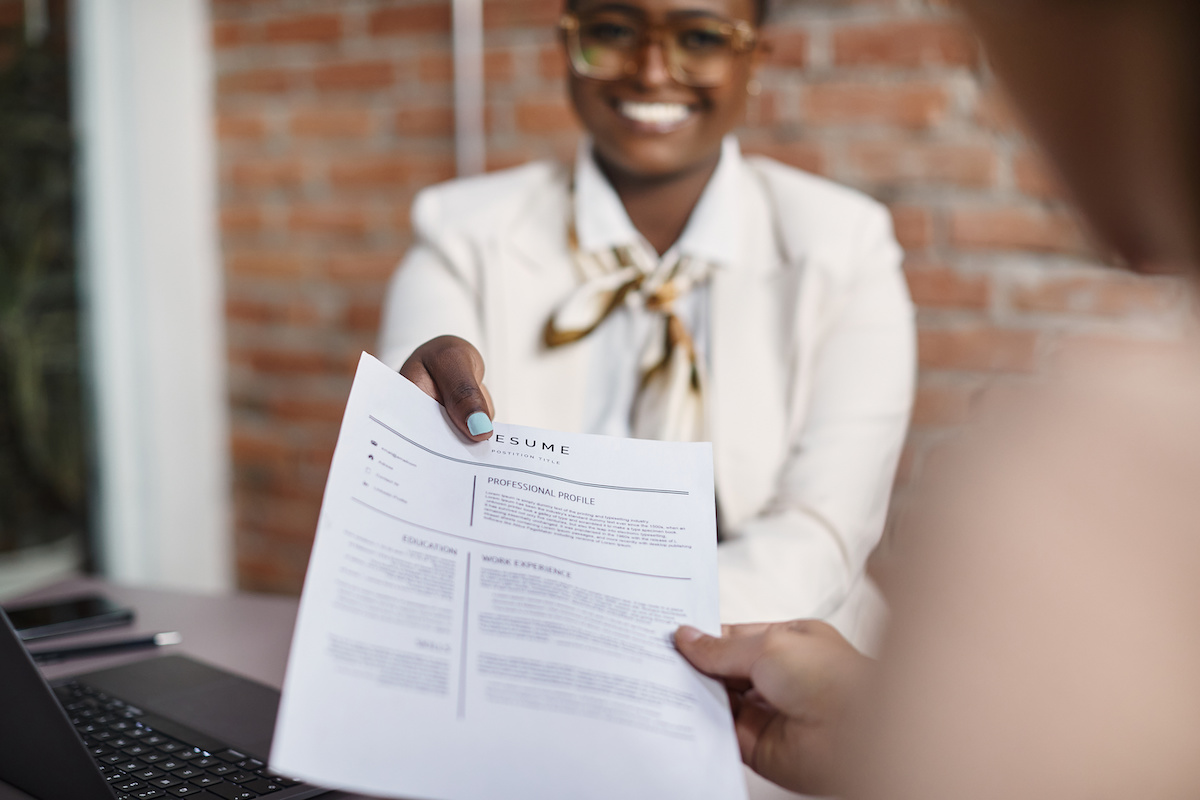 Your Guide to Crafting a Successful Recruiter Resume 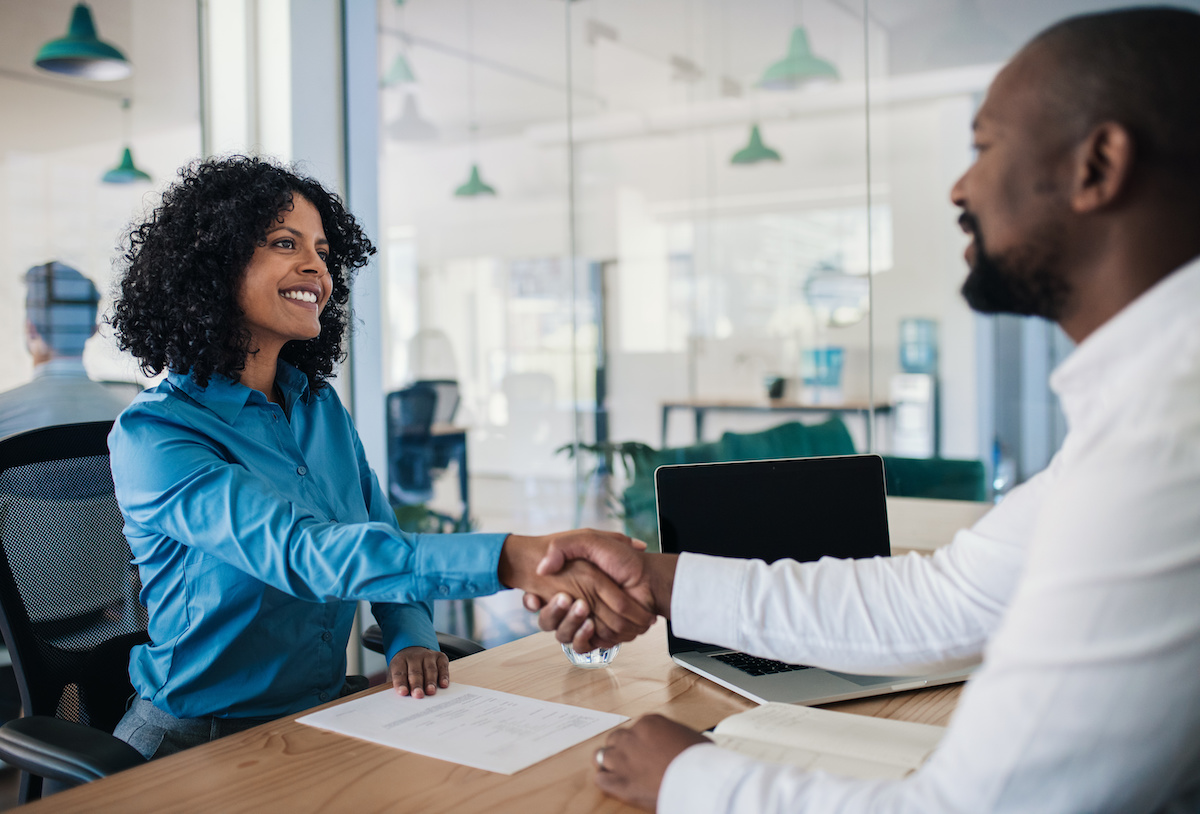 6 Culture Fit Interview Questions to Use in Your Next Interview 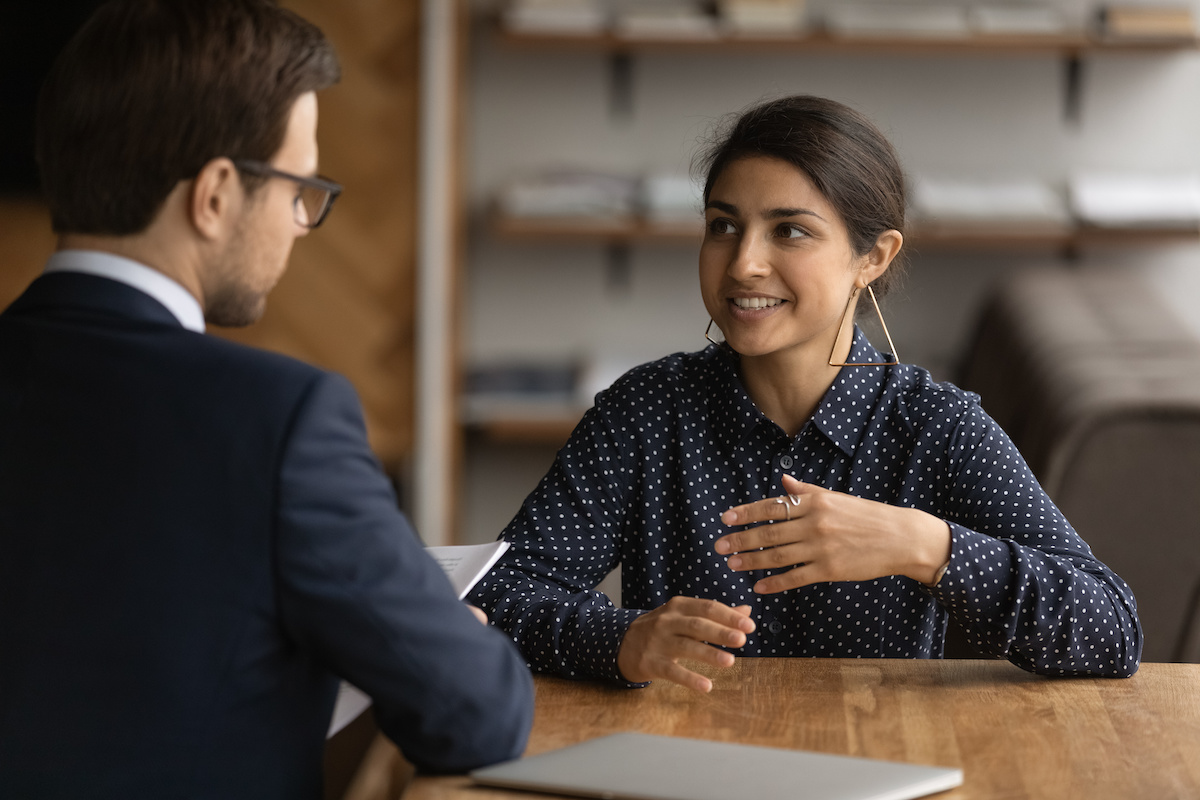 Senior Recruiters: What They Do and How to Become One