Erin Dickey: Voice of the Candidate

Our Voice of the Candidate Series tells the stories of real job seekers: candidates sharing their experiences to better inform all of us about the ups (and downs) of the candidate journey and what a truly great candidate experience is.

I loved getting to talk to one of our newest customer success managers at Prelude and learning more about her recent candidate experience. Her job search was refreshing and unique to hear about because she really designed the next stages of her career path on her own.

What do I mean by that? Erin Dickey is a young, highly motivated, and intelligent individual who decided she didn’t want to continue pursuing a career path that was unfulfilling for her. She deeply examined her own skillset, determined her strengths, built her own network from scratch on LinkedIn, and luckily enough for us, following an extensive job search, became a member of our Prelude team.

Time for a Career Transformation

Erin realized she needed to shift her priorities around after realizing she was wearing way too many hats for way too little pay at her former position. Despite knowing she needed to move on she did feel like she had gained countless skills during her tenure that gave her confidence in what her true passions would be going forward.

She described wearing many informal hats. She was part project manager, part marketing manager, and part financial advisor and rolled into one. These skills were valuable and she excelled but the role was ultimately not one she felt would get her to the next phase in her career.

Erin is deeply passionate about customer success work. She also knew that she wanted to break into the technology industry. She began to strategize about the type of position and company she would like to work for. She started her online professional network literally from scratch setting up a LinkedIn profile in mid-February.

Building her network was in no way a random process: Erin took a strategic and tactical approach to add people she wanted to her network. She targeted technical recruiters, customer success managers, engineers, and other people who might be able to help her obtain a role at an organization she cared about.

Applying For Jobs, Recruiter Outreach, and Knowing Personal Worth

Erin began investing heavily in the application process applying for sometimes 20-30 positions per day. She fit this significant time investment in during the few hours between work and bedtime and was fueled by her desire to get out of a toxic work environment into a better position. All told, she believes she applied for at least 100 positions during that time.

Knowing she wanted to break into tech helped give her job search direction as she applied mainly for roles at tech startups. There were a few larger tech companies she included. Erin tried to leverage her burgeoning network to get interviews at these companies but as she progressed through the process she found many recruiters and hiring managers offering far less than what she was worth in regard to financial compensation.

This made sense to Erin somewhat at smaller organizations but it happened frequently with well-funded companies. She was getting contacted by recruiters all the time and felt booked and busy interviewing in addition to having her full-time job.

A few weeks into the job search after speaking with many recruiters and talent professionals she realized she needed to have a laser focus on only continuing the hiring process when the role was a real fit for what she was looking for.

She also realized she needed to stay committed to understanding her worth and not accepting low-paid roles or continuing the interview process with companies that conveyed lower salaries than what she deserved.

Lengthy Interview Processes and Being “Ghosted”

As Erin began working her way through several hiring funnels to later rounds she encountered something that was new on her career path: take-home assignments. As a relative newcomer to the job market and a first-time applicant in the tech industry, Erin poured her heart into many of these types of assignments for several different positions as she made it to the later interview stages.

While she in general found these types of assignments a welcome challenge and an educational experience she was also juggling a job search with a full-time job and the time it took to complete them was not unsubstantial.

In one instance, following a successful phone screen and follow-up interview Erin was asked to complete a case study that she committed hours of time to over the weekend for a position she thought was very promising at a well-funded startup. The recruiter had been showing excitement for her candidacy and Erin wanted to make sure she put her best foot forward by excelling at the take-home assignment.

After she submitted her assignment she was shocked to not hear back for an entire two weeks. She’d followed up a few times asking about the next steps and had given up on the opportunity when she finally heard back after her last status request. She agreed to one final interview for the position and was then ghosted again.

Erin describes that experience as one that really hurt and also thought about how it might affect other people looking for a new role.

“Since I was job-hunting while I already had a job I couldn’t help but think about the people that don’t have that luxury and are not financially stable during their job search. There are lots of people under pressure to put food on the table for their families and they’re taking these types of assignments seriously because the role is one they truly want to do.”

The experience above and a few more unfortunately negative experiences Erin encountered were the catalyst for the advice she gave me to share with all recruiters.

Advice to Recruiters: Have Empathy

Erin has developed a pretty unique perspective since she joined Prelude. She now works as a customer success manager with a ton of incredible recruiters, recruiting coordinators, and talent acquisition pros. We’re so lucky to work with users of our platform who really get that an amazing candidate experience starts with putting people first.

She wasn’t as lucky pre-Prelude to encounter so many like-minded talent acquisition professionals during her candidate experience. When I asked her what the single most important thing she wanted to share if the recruiters she dealt with were listening would be she did not hesitate.

“Have empathy for the job seekers you are dealing with. You’ve been a job-seeker yourself at some point in your life and you know how strenuous and stressful it is. At any point that can turn around. And always be truthful. I’d much rather you tell me I am not a fit than ghost me after giving me hope I even had a chance. Be honest, empathetic, and mindful of people’s time.

A Brand New Network and Career

It’s been remarkable to get to know Erin and her optimism and talent for networking is quite admirable. Building her network from scratch with such strategic focus in order to obtain her dream position is impressive.

In doing so she’s been in touch with many jobseekers seeking community and council around their job searches. She’s also been able to share the happy news of joining the Prelude team with lots of new friends and fans in her network.

“I think people love following a story from beginning to end and I hope mine was inspiring to some people that are considering a career transition. You miss 100% of the opportunities you don’t take so I hope sharing my story makes others realize it’s never too late to find a role where you are valued,” said Erin.

We’d love to hear more stories about candidate experience. Reach out to Julia Winn if you’re willing to have a chat and share more about what made your job search unique! 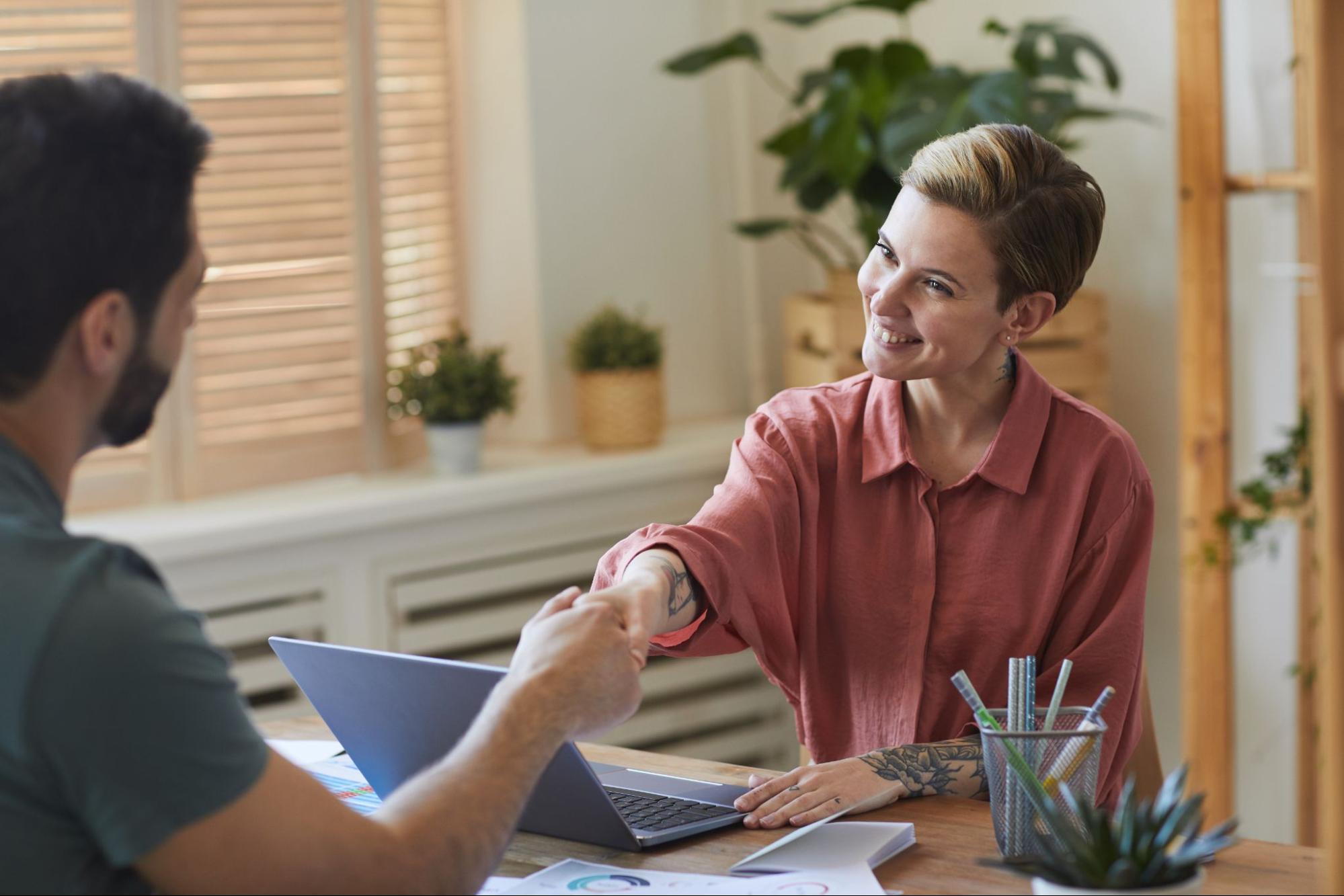 How to Conduct an Interview With Insight and Professionalism 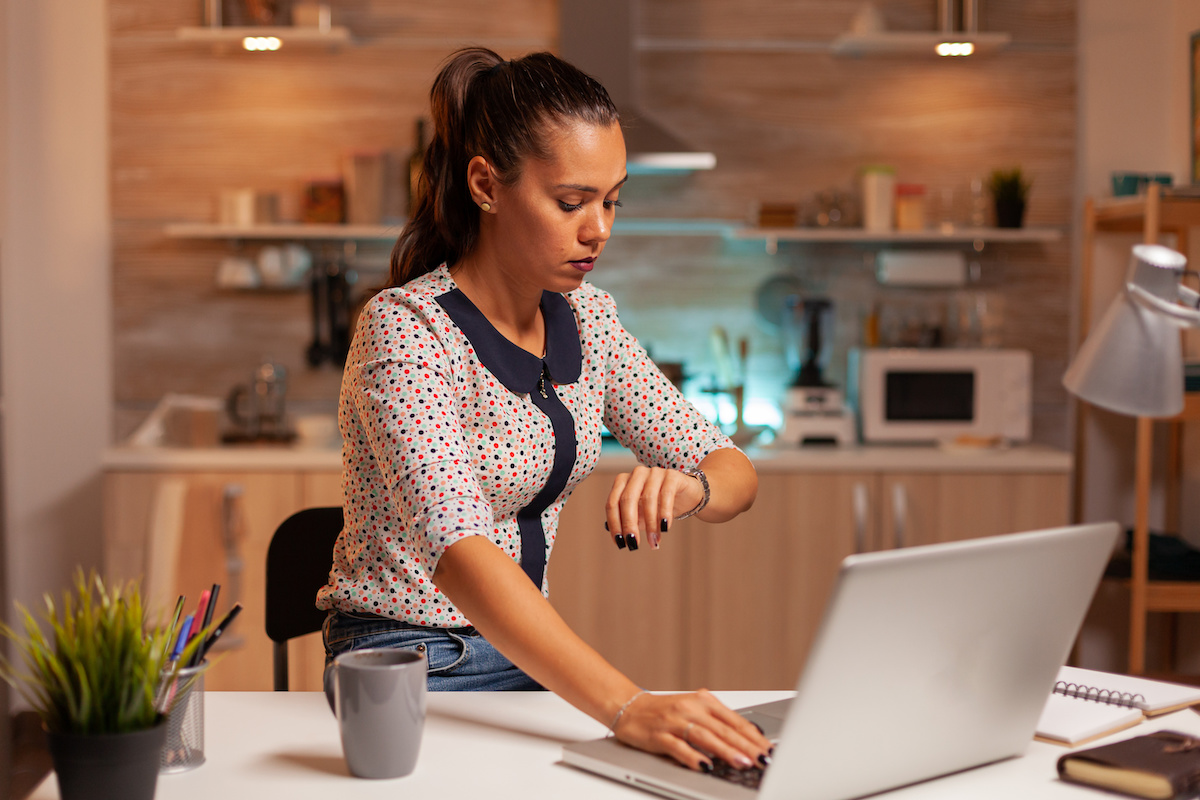 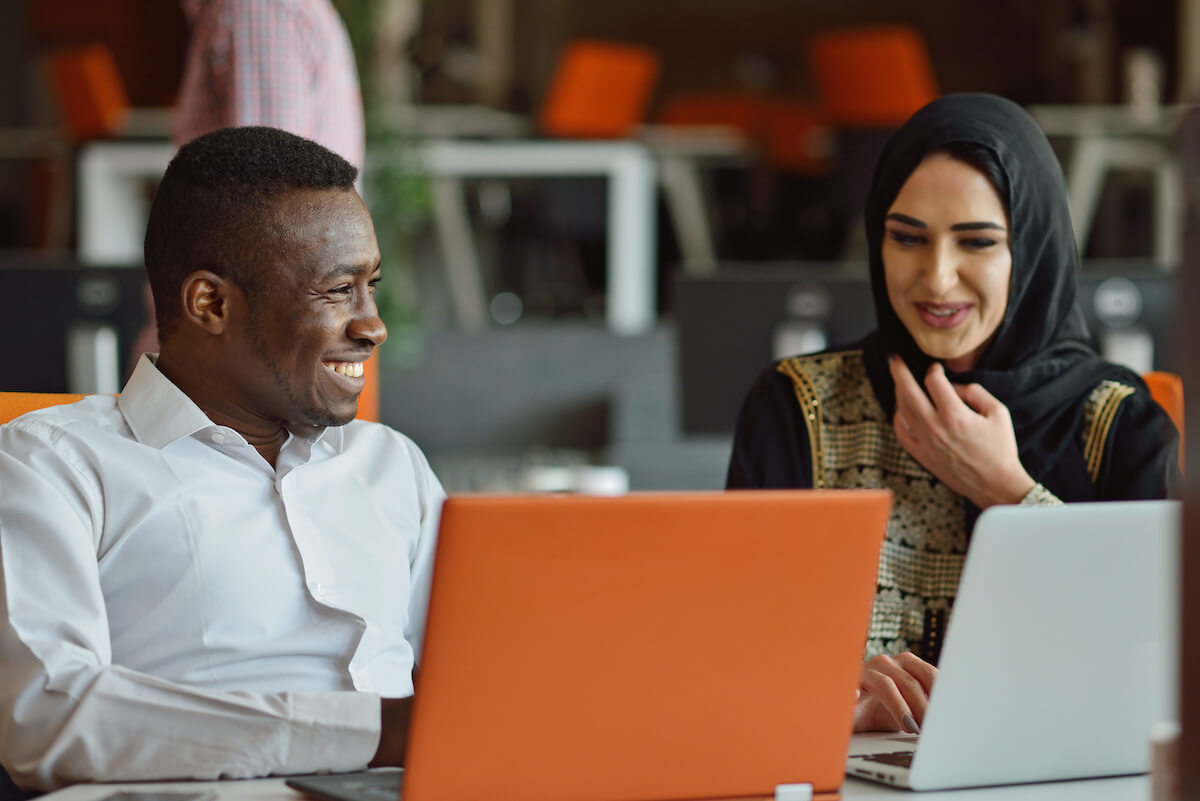 Why Diversity Recruitment Matters (and How to Do It Well)